Do you ever look at a glass of water and feel like drinking it is a chore? Not everyone loves the taste. But water is a necessary part of our everyday diet and its importance cannot be overstated. MiO is an alternative to plain water. It’s a concentrated flavor enhancer for those people who want to add a little excitement to their water. Just add a few drops and see how water goes from bland to an explosion of taste. Let’s explore the positives of MiO, while also asking the question, is mio bad for you?

MiO Has No Sugar Or Calories

With no sugar or calories, you might be curious where MiO gets its taste from. MiO uses artificial sweeteners to give it its flavor, two of which are acesulfame and sucralose. Sucralose is 600 times sweeter than sugar, so a little goes a long way.

Seeing the words acesulfame and sucralose, you might wonder, is MiO bad for you? But both are approved by the FDA and generally recognized as safe. More studies need to be done, but nothing so far has answered the question, is MiO bad for you in a negative way.

MiO Comes In A Variety Of Products And Flavors

There are four different types of MiO. MiO Original is the most common type and also comes in the most flavors. MiO Vitamins gives you a boost with the addition of several B vitamins. MiO Sport has added electrolytes and vitamins for more active people. MiO Energy contains caffeine to help people stay bold and alert.

There are a wide range of choices when it comes to flavors of MiO. There are too many to list them all, but a few include Fruit Punch, Berry Pomegranate, Cranberry Raspberry, Sweet Tea, Blueberry Lemonade, Mango Peach, Orange Vanilla, Arctic Grape, Wicked Blue Citrus, Strawberry Pineapple Smash, and Acai Berry Storm. With so many to choose from, there’s bound to be one that catches your eye… and your taste buds.

For those who struggle to drink enough water in a day, dehydration is an issue. It’s been reported that 75% of Americans suffer from chronic dehydration. MiO gives people who have been reluctant to drink water a new reason to give it a try. MiO Sport goes one step further. For people who are on the go or work out regularly, it has added sodium and potassium to replace those minerals you lose from sweating.

MiO Is A Great Alternative To Coffee

MiO Energy is a convenient way for people to decrease their coffee intake. There are 60 mg of caffeine per serving in MiO Energy, so it’s going to keep you awake and going strong. It also contains taurine, ginseng, and guarana for added oomph. It’s much easier to add a few drops of MiO to your water bottle than to carry around your hot cup of coffee every morning.

MiO Can Help With Weight Loss

Drinking MiO helps with hydration and increased hydration curbs your appetite. Once you feel full, you resist the urge to overeat. For someone who is working on losing weight, this is a huge benefit. If you’re trying to lose weight and wondering, is MiO bad for you, the answer is no.

People who are looking for flavor in their drinks may turn to sugary sodas with empty calories, but MiO is a great alternative because it contains no calories. Many diet sodas are also sugar and calorie free, but they are still a carbonated beverage that could grow tiresome after a while. MiO presents an attractive option to traditional diet drinks. As a bonus, it’s also Keto friendly.

MiO Vitamins is enhanced with vitamins B3, B6, and B12 for increased health benefits. B vitamins are known to improve blood fat levels while also boosting red blood cell formation. B vitamins can also decrease depression and anxiety.

In addition to all the other benefits of MiO, it’s also vegan and kosher. Except for the MiO Energy line, all MiO drinks are caffeine-free, so anyone sensitive to caffeine or looking to avoid it for any reason will know they are in the clear. Also, because there are no calories in MiO, it’s even safe to drink while fasting.

MiO Is The Fun Way To Drink Water

With so many benefits to MiO, it’s easy to get excited about giving it a try. It’s sugar and calorie free, there are a great number of flavors and styles to choose from, it helps fight dehydration and gives you an alternative to coffee and soda. It’s FDA approved, so if you’re worried is MiO bad for you, you can set your mind at ease. 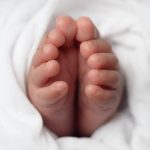 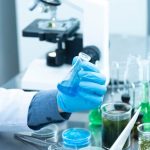 What Are The Benefits Of MiO?

Do you ever look at a glass of water and feel like drinking it is a chore? Not everyone loves the taste. But water is a necessary......